Traces of Neolithic settlements: at the location called Făgădău, where the roads leading to Romos and Vaida intersect. On the commune’s territory, there used to be a very well civilized and stabile ham, ever since the Bronze Age. This is where the famous treasure of bronze, part of the “Bronze Chariot”, exhibited in a museum in Vienna, was found.

Cioaca Grădiștei: a place where it is assumed that a Dacian fortress used to be, part of the outside chain fortifications of the Sarmizegetusa Regia, the Dacian capital. The village is reachable coming through Romo, by the DJ 705G road, 7 km up to Romoșel, then 8 km more, by the DC 48 A macadam road. The choline is also a wonderful belvedere point.

The Cetățuia Hill – the Citadel Hill – traces of another Dacian fortresses. It is situated close to the Romoșel village. The Roman civilization type, established after the conquest of Dacia, left many traces on the commune’s territory. Today, the road crossing the plain north to the village, still is called by Romos’s locals Traian’s Road.
Șanțul turcului (sau The Turkey’s Ditch (or the Turkey’s Creek):): situat located in the Romos neighboring forest, is the place where the remains of the Turkish army, defeated at the Field of Bread in October 13, 1479, were destroyed by the commune’s locals. It was their revenge, a revenge that came more than 40 years after the 1438 invasion, when the Ottomans destroyed the village and killed almost all the inhabitants. 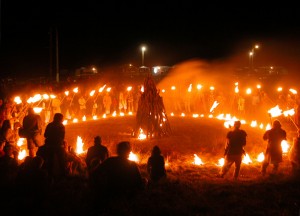 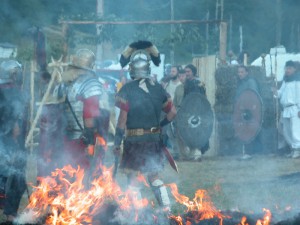