Home » Leisure – What to do? » Cultural Tourism - History

LEISURE – WHAT TO DO?

Other types of tourism

In each of the three communes there still are places wearing the footprints of long gone ages or of historical events, or the proof important personalities’ passage through this world: in Făgădău (in Romos) or at Piatra Tomii (Toma’s Stone), at the Piatra Mare (The Great Stone) or Piatra Mica (The Little Stone), both in Ceru – Băcăinți – traces of Neolithic settlements; at Cioaca Grădiștei and at the Cetățuia Hill (The Citadel Hill – next to Romos), at Trajan’s Road or at the Rustica Villa in Obrej (in Șibot) – traces of Dacian-Roman settlements; The Turk’s Ditch (or creek – in Romos) or Câmpul Pâinii (The Bread’s Field) and the monument dedicated to Paul Chinezul – these are spots of bloody battles in which the population of these places has defended and preserved their freedom; in Băcăinți – the ruins on the “Church of Stone”, built in the thirteenth century, and of some noble residences from the Middle Age; the Saxons’ House in Romos – a former ethnic Saxon hall, for cultural and social events; the Evangelical Parsonage (in Romos) – in its underground the inhabitants of the village used to find shelter during the Turkish invasions; the place called “La Zleamăn”, on the Monk’s Hill in Romos – which is where the Romos’s Student’s home supposedly used to be; the Heroes’ Monument and Niculae Stăncioiu’s bust – known academician, founder of the Cardiology Clinic and Heart Institute in Cluj-Napoca – in Romos’s center; house and studio of painter Aurel Nedel, one of the most important contemporary Romanian artists – in Vaidei village; bust of Joseph Sârbu – first Olympic champion in shooting sports in Romania’s history, in Helsinki, 1952 – in the Șibot village. 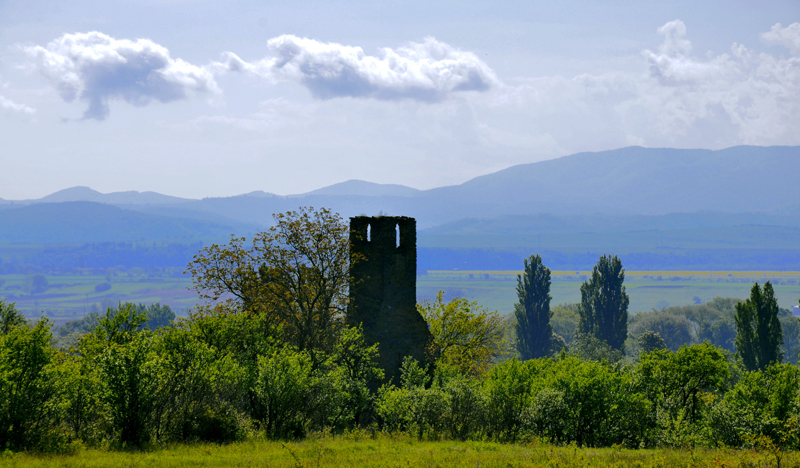 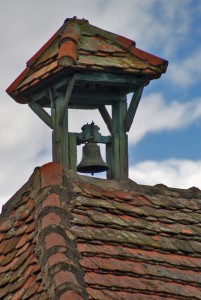