Located in the foothills of the Metaliferi Mountains (part of the Apuseni Mountains), on the southern slopes of Munceilor Vințului, at an altitude between 300 m and 1,000 m, is where the commune with the fewest inhabitants in Romania is (269, according to the 2011 census of). They are scattered, however, in no more than 10 villages and hamlets. A journalist named Ceru – Băcăinți „the village with thousands of bee colonies” because of the over 400 ha of forest of acacia, assaulted each year, by beekeepers from all over the country.

The peek’s isolation has assured the locals an absolute freedom over a millennial history. They boast with being the Dacians’ direct descendants, from whom they inherited and kept, piously, many things, from old varieties of fruit trees to the Dacian names of some of the hamlets: Bulbuc, Curpeni, Clisat, Cucuta, Groși etc.
Toponyms: some locals claim that the name „Cer” (meaning sky) would draw from the tree of the same name, a kind of oak, very common in the area. Others say that it would come from the houses’ settlement up on the hills – looking at which will make you see the sky. Everyone, without exception, says that the places where they live are „a real Heaven.” And Heaven is, according to popular belief, up in the sky (cer).

The above are just some of the reasons why it is worth visiting Ceru – Băcăinți.
Here you will find unique tourist attractions. 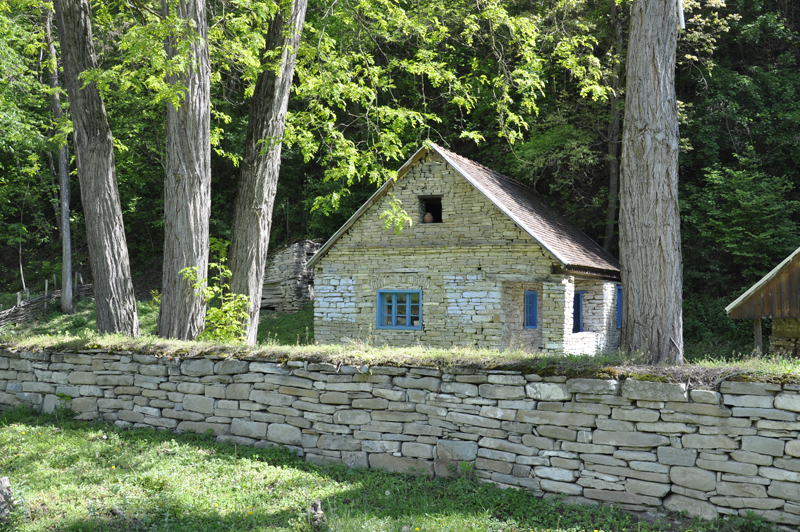