Folk art carved in a single timber: Constantin Perța, almost octogenarian, is a unique creator, in his own way. He hews, sculpts and creates objects out of a single piece of wood. He’s not using nails or other metal connecting elements, saying that the iron “dirties” the wood and the only one time it’s allowed for it to touch the wood is when the wood is being cut with the ax. That is when “it’s sanctified by the sweat.”
Constantin Perța’s home in the Valea Mare (The Great Valley) village is a veritable museum of wood. He hardly can let go to his designed objects, and he’s definitely not selling them, even though he received some very attractive offers. Still, some of his creations are now at the Orăștie Ethnographic Museum. The star is the “Chain Mug” , a mug that only he knows how to create: on its handle a chain with many links is tied – and the whole assembly is carved in a single piece of wood. 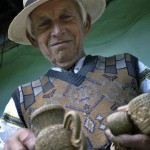 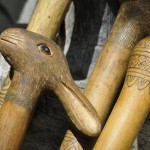 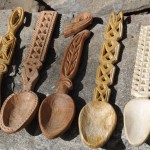 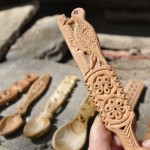 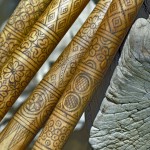 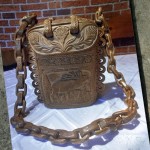 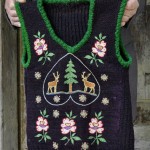 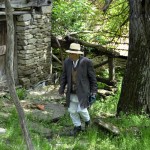 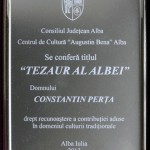 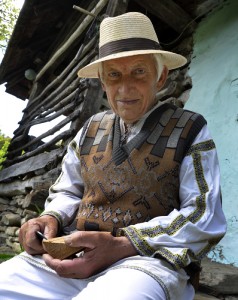 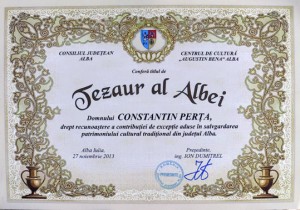 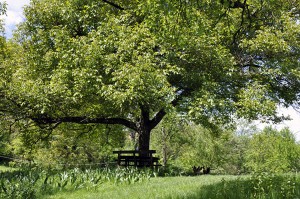