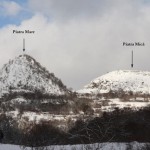 • The Piatra Mare (Big Stone) and Piatra Mica (Small Stone) Archaeological sites (Pietrele Bulbucului – The Bulbuc’s Stones): limestone peaks in the Bulbuc hamlet’s boarder, located at the highest altitude in the whole village. On Piatra Mica it has recently been identified a former prehistoric settlement, specific to the Coțofeni Culture in Transylvania, during the transition to the Bronze Age. In Piatra Mare, the highest peak in the immediate vicinity, bronze tools were found.

Piatra Tomii (Toma’s Stone): mountain peak located at the highest altitude above the Bulbuc hamlet (altitude: 860 m), near the Răcătău village. Protected area, a wonderful belvedere place and a beautiful scenery. Under the rock, in a nearly invisible spot, a spring of water of exceptional quality has its home. The creek that it forms is called “Valea” – The Valley.
In the immediate vicinity, archaeological excavations have revealed traces of a prehistoric settlement, specific to the same Coțofeni culture. According to some researchers, even 5000 years ago, one of the few mines in the world, and the only one in Transylvania, used to be here, a mine that exploited, from limestone, flint: a hard rock, white, gray, black or brown, known as the cherț or quartz out of which, through processing, tools were obtained. 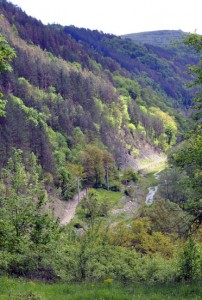 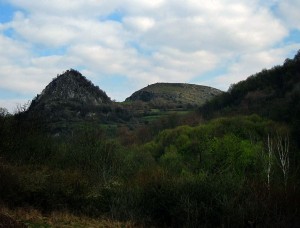 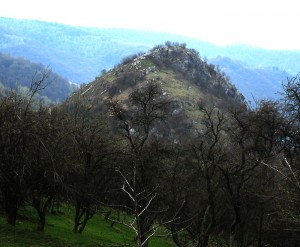